The expression F-stop, F-number, or aperture indicates the size of a lens’s opening and therefore how much light it lets in. However, this is expressed as a ratio and is not a constant number. The ratio’s expression is between the lens’s focal length and the diameter of the opening of the lens or the diameter of the aperture. you may have heard about aperture numbers such as f/1.8, f/2 or f/16, and so on. These are all indications of the size of the opening of the lens. 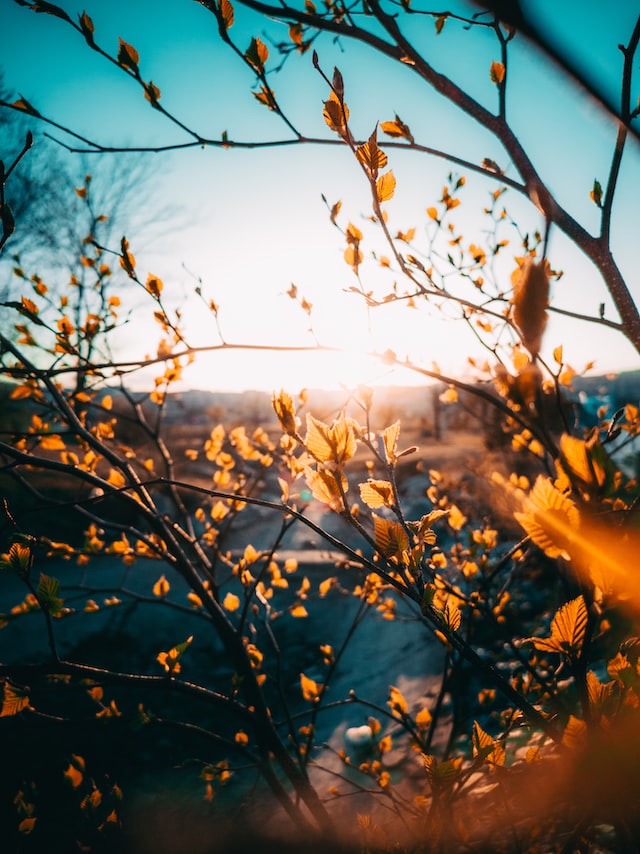 How aperture is expressed in photography

Aperture is always expressed as a ratio such as this – f/1.8, f/2, f/16, and so on. A smaller number is associated with a large aperture, and a larger number is associated with smaller apertures. This may be a little difficult to wrap your head around at the beginning, but once you get the hang of things, everything will become easier to understand. Remember that f/1.8 is a larger aperture than f/2, and f/2 is a larger aperture than f/2.4.

Relationship between aperture and shutter speed and ISO

Aperture has an inverse relationship with shutter speed and ISO. It’s part of what is known as the exposure triangle. As the aperture increases by one stop (every stop halves or doubles the amount of light that reaches the sensor), you will have to increase the shutter speed. Increasing the shutter speed reduces the time allowed to collect light, which means the camera compensates for the increase in aperture.

Let’s cite an example to explain this.

Let’s say that your exposure value (product of aperture and shutter speed) is f/4 at 1/500 sec. You want to increase the aperture to f/2.8 (one-stop increase in aperture size) to have a shallow depth of field. But that means the amount of light that’s now entering the camera is more. To compensate for this and to ensure that the exposure value remains the same, you will have to speed up the shutter speed. This will ensure that less amount of light enters the camera. But the question is, how much should we speed up the shutter? The answer is the same quantity as you’ve opened up the aperture. That means by one stop. So the shutter speed should speed up to 1/1000. This will reduce the light entering the camera by half and compensate for the increase in aperture.

What is the relationship between ISO and aperture? Although ISO isn’t a parameter that controls the amount of light captured by the camera, it nevertheless plays a role in image making. ISO boosts the signal that is captured by the sensor. Therefore when you increase the aperture, ISO should have the same effect as the shutter speed. So, to compensate for the increase in exposure, you will have to reduce the ISO.

ISO increases as you go up the scale. A higher number, such as ISO 200, is double ISO 100, and so on. When you increase the aperture by one stop, you will have to reduce the ISO by one stop and vice versa.

Let’s take an example to understand this. Let’s say you are photographing in a place with insufficient light. Your kit lens with a maximum aperture of f/6.3 is struggling to make a proper exposure. The solution is to push the ISO higher or choose a fast aperture. Ideally, an aperture like f/2.8 or faster. I will discuss the effects of ISO at different times. Today I will concentrate on the effects of the aperture in our photography, especially in situations like this.

In the above example, moving from an f/6.3 aperture to f/2.8 gives us two and 1/3rd stops more light. We can use a lot of light to capture a well-exposed photograph. If we’re to move from f/6.3 to f/1.8, that gives us three and 2/3rd stops extra light. That’s a tremendous advantage. In both cases, we can get a well-exposed photograph without worrying about noise and image blurriness with even the same shutter speed. When you are shooting in low light conditions, even a full stop of extra light is a tremendous advantage.

Alternatively, when you have the advantage of two or three stops of light, you can speed up the shutter speed, removing the chances of image shaking.

A large aperture allows you to freeze a moment

Large apertures are a great advantage when shooting bird photography. Birds are primarily perched on tree tops with thick foliage of leaves around them. Often the case is that they’re in a darker environment. A fast apertures lens like the 300mm f/2.8 or a 500mm f/4 is a good choice for capturing a properly exposed photograph. 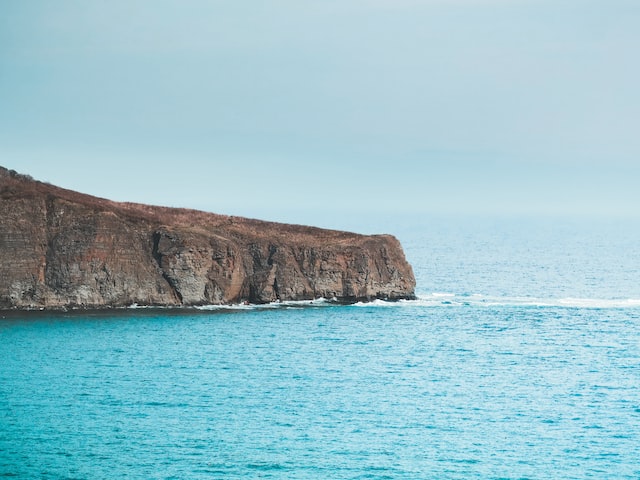 Effect of aperture on depth of field

Examples of large apertures include f/1.4, f/1.8, f/2, and f/2.8. When you use an aperture such as this, the depth of field changes to a shallow one; on the other hand, when you use a narrow aperture like an f/8 or an f/11 which are essentially low f-stop numbers, you get a large depth of field.

A small aperture brings much of the scene into focus. As against a large aperture where the scene is primarily out of focus except for what is expressly brought into focus. Let’s take a few examples to understand this.

A portrait image is a good example. If you’re shooting a portrait image with a large aperture like the 50mm f/1.4, you will notice that the eyes are in focus but focus changes at the nose. This happens because, with a wide-open aperture like f/1.4, the depth of field is very shallow. Anything close to the point of focus will be in focus, but things will appear out of focus, even at a distance from the nose. This is why portrait photography exponents don’t always shoot with a small focal length. They prefer to use a longer focal length. Even with the bigger aperture, a long lens has a much easier time getting most of the facial features in focus.

Let’s take another example. Let’s say that you’re shooting landscape photography. You pick the same 50mm f/1.4 lens and shoot with the wide-open aperture. You will notice that much of the scene will be out of focus. You choose a hyper-focal distance unless the scene has everything at a vast distance. But if the elements in the frame are at varying distances and you’re focusing on something halfway into the frame, everything behind and in front of the point of focus will be out of focus.

The size of the aperture you select has a bearing on the bokeh. Bokeh denotes the quality of the out-of-focus effect. If you need the best quality bokeh, you must use a wide-open aperture.

Lens diffraction denotes light diffusion when it passes through a small opening. This is a fundamental property of light because light travels in waves, which gets affected when passing through tiny openings. Light hits the edges of the aperture blades and gets scattered. This phenomenon happens in all lenses but tends to happen more with cheaper lenses at smaller apertures. With good lenses, lens diffraction happens at tiny apertures. Lens diffraction results in the images appearing less sharp than otherwise.

Every lens has what is known as a sweet spot. This aperture gives the maximum depth of field without letting in lens diffraction simultaneously. When you push the aperture value and go for a smaller opening, lens diffraction starts to creep in.

How to pick the correct aperture for the shot

The correct aperture you should pick for your photography will depend on the depth of field required for your aperture. It also depends on the amount of light in the scene and the subject you’re photographing. As discussed above, if the scene is too dark, you will need to use a wide-open aperture unless you use a very long shutter speed to compensate for the lack of light.

If you’re shooting on a bright sunlit day, you need to ensure that the aperture is small so there is no chance of overexposure. You can use an ND filter to cut down on light and shoot with a wide-open aperture. I will discuss the uses of an ND filter some other time.

For landscape shots, landscape photographers, on the other hand, look for the smallest aperture opening. They choose a higher f-stop that ensures a deep depth of field. This is because they wish to get as much of the frame in focus as possible. 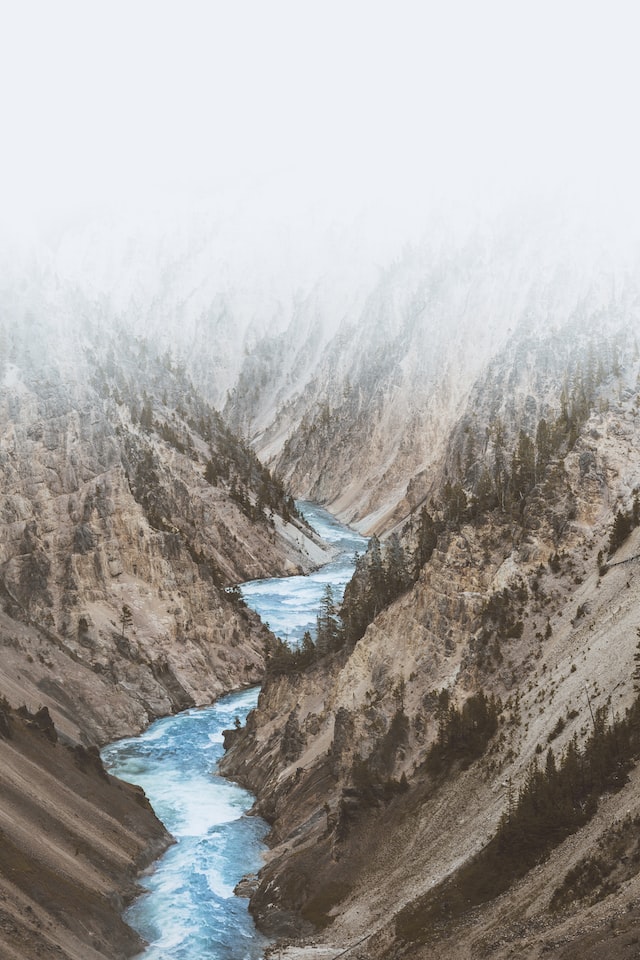 We hope this article helped answer, “What is an f-stop?” Now it is time to get out there and practice with different objects and landscapes. Let us know how you get on!

The Photography Revision team are a group focused to simplifying the world of photography through revision tools, info sheets, product reviews and many more. We are an experienced team of photographers looking to help people who share the same passion.

What is high resolution in photography? How to get the best photos | 2023

A Discussion on the Best Hours for Photography